The Classic Rock Society have had to cancel the PB2/Cloud Atlas gig this Saturday that we were doing support for. Have only just heard. Obviously this is a real disappointment for us as we had been working hard on putting together a brilliant set. There may be another CRS slot next year though.

Apologies to anyone who has bought tickets, I expect you’ll be able to get your money back from the CRS. I’ll also send anyone in that position a free ‘Honey and Lava’ CD, just e-mail us.

Next Thursday at The Maze in Nottingham (3 April 2014) our bassist Mick will be playing with his instrumental prog band Red Bazar, along with reformed 70’s proggers The Tirith.

From what I can see Red Bazar will be on first, followed by The Tirith about 9:30.

Here’s where things are at the moment. We’ve recorded all the drum tracks for our second album, and also all the bass tracks. That all went really well. Recording the drums in good acoustic spaces meant they came out much better than the home recorded drums on our first album (which did end up sounding good, but that required a lot of work). Jake has recorded the majority of the guitar tracks as well. We’ve got going with the editing and mixing, but there’s a lot to do (and I’m rather fussy about taking the time to get it sounding right). Also, the keyboard parts still have to be done (and as I don’t just slap down a bit of basic organ that’s also time-consuming). And of course the glorious vocals still need to change their status from currently non-existent to existent.

Also, at the moment all that has stalled because real-life is getting in the way for me, but come mid-April things will get going again. In the meantime Mick is getting on with doing the next Red Bazar album, Ed is busy playing with his metal bands, and Jake is busy finishing the guitar parts and telling me to hurry up and get on with the album. Ellie also has real life getting in the way, so she’s not harrassing me to get on with it.

We do have one song almost finished, apart from the vocals, and it sounds awesome!

There’s also some exciting news on the horizon for live prog in Nottingham, but I have to keep the details of that under my hat for a little longer.

We’re playing at The Golden Fleece in Nottingham on Sun Dec 15, 2013, in a gig run by Farmyard. More details to come when we know them.

Update: Also on the bill are Joyride and Deathray, and Crimson General. We’ll be on about 9:45pm, although (as ever) this is not set in stone.

A very young fan drew this definitive picture of us recently: 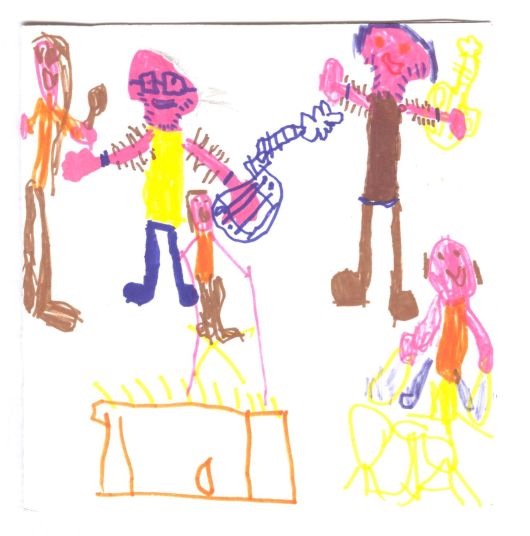 Our bassist Mick’s other band Red Bazar will be playing at the Classic Rock Society on Sat 30 Nov, 2013, supporting Alan Reed. I will hopefully be there attempting to confuse Mick by shouting out instructions for operating Soviet-era washing machines while he plays.

It would have been our slot except that our drummer Ed will be touring the country at that time drinking the blood of slaughtered virgins, or whatever it is that he does with his other band Bloodguard when they’re on tour. But if all goes well we will be playing the CRS sometime in 2014 instead.

Here are some more photos from our recent Golden Fleece gig. Our thanks to photographer Rob Wolf. (Mick and Ed’s different coloured shirts in different photos are because some of these photos are from the sound check). 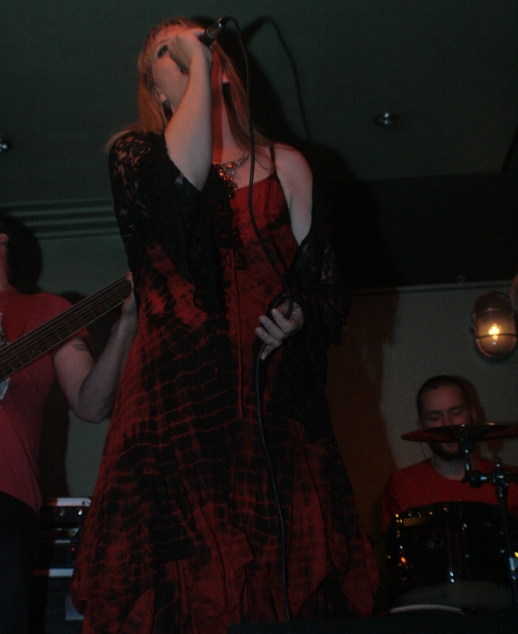 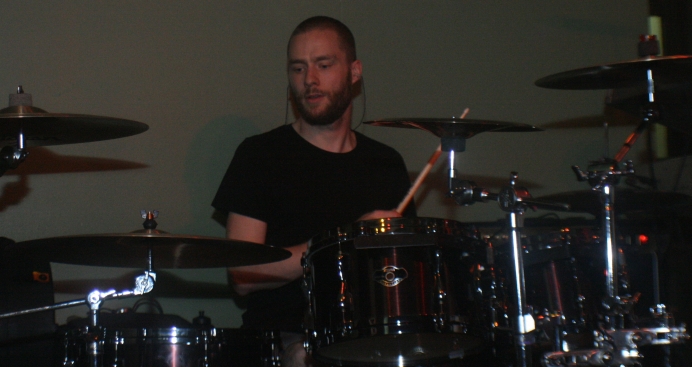 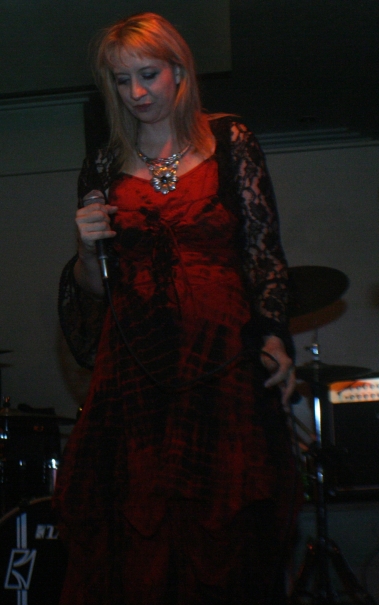 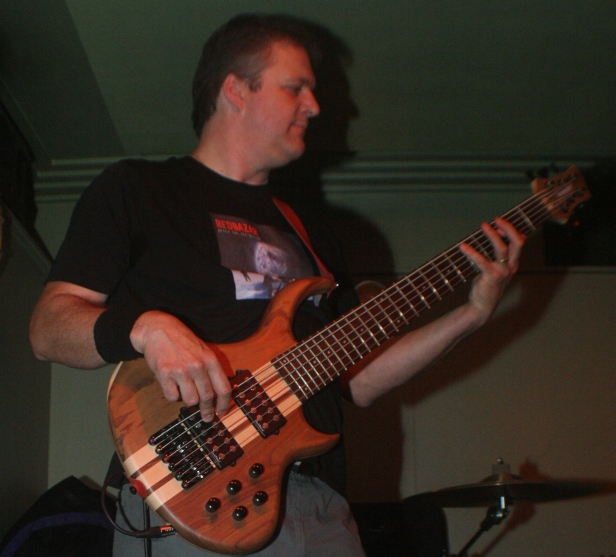 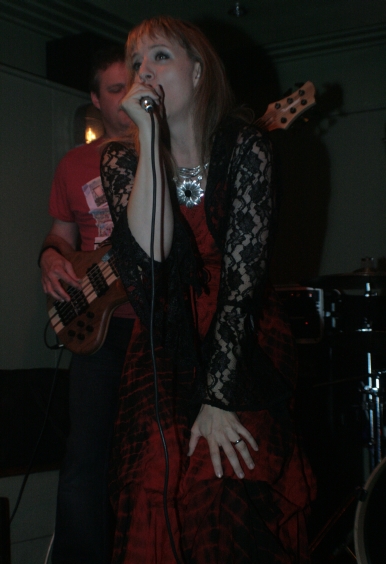 If you’ve been here before you will have noticed we have now had a proper logo done. We love it! It was done by Sam Hayles, whose company is called Doseprod (Facebook page here).

It wasn’t easy deciding who to go with as there are a lot of great graphic designers out there with impressive artwork, but Sam’s work just had something about it that seemed right for us. Even though he mostly does artwork for angry and gloomy bands I thought he would have a good feel for something that was a bit more classic rock, and thankfully I was right. It gets the balance between old and modern right, it doesn’t look dated now and it won’t look dated in 10 years (I think — and please forgive me for gushing about our own logo, but it is a great experience to work with a talented collaborator who produces the right stuff for you — and I think Sam will eventually be recognized as one of the great rock graphic designers).

I’ll miss the old artwork and design which I really liked, as did many others — Aurovine, for example, held up our Aurovine page, which had the same look, as an exemplar of good design (even though the artwork there is a bit big for the resolution, and we couldn’t get our old background tile to work with it). But not everyone liked it, and we wanted an actual logo rather than just a font, and also we wanted something that made us look a bit more like a rock band, ‘cos that’s what we are. But I’m going to keep the Aurovine page as it was for a while as a reminder. Our Facebook and Bandcamp pages have been changed, though.

Sam has also done smaller versions of the logo for when that is suitable, which those who interested can see on our Pix/Logos/Press page.

P.S. The metallic background wasn’t done by Sam, that’s just a stock image which might get changed if something else turns up that fits better with the logo.

Update: I should also say thanks to all the people who suggested graphic designers for us to check out.