If you’re only going to one festival this summer, make sure it’s not this one: 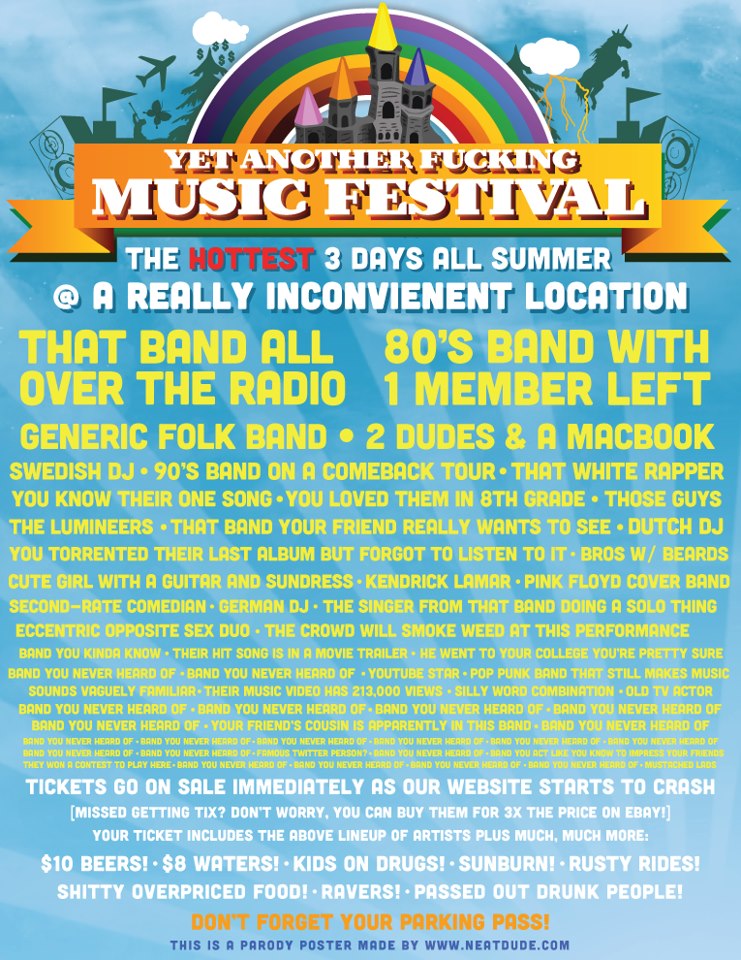 So our mastering engineer Ray Staff didn’t win the ‘Mastering Engineer of the Year’ award that he was short-listed for. Guess that copy of Honey and Lava got lost in the post.

But we can at least boast that Matt Colton did. And last year Matt, as well as mastering releases by Coldplay, James Blake and George Michael, helped us and Ray out by sending me some files when Ray was away. I expect that explains why the judges gave him the award. He was very efficient and courteous, and seemed a thoroughly pleasant guy when I met him at Air (this was before his recent move to Alchemy). That sort of thing cuts a lot more ice with me than mastering Coldplay, and it wouldn’t be a surprise to find out that the judges agreed.

Hi-fi buff? Then you have to get some of these.

Then reload that page to get another must-have hi-fi accessory. But only if you’re the sort of audiophile who reads hi-fi magazines.

P.S. If this reminds you of the mighty Postmodern Generator, well, it’s still still going. Not sure the same can be said for postmodernism.

It Bites’ album Map of the Past arrived recently. On the cover was stuck a list of tour dates. And this reminded me of something that drives me nuts. (Well, all right, slightly annoys me). Every second band, venue or promoter webpage I go to (and even some festival pages) lists some exciting upcoming gig, but the date never mentions the year! This, of course, wouldn’t matter if bands and venues and promoters and festivals never folded, or if, when they did fold, they put a note on their web page to this effect. But of course bands, venues, promoters and festivals fold all the time, or they just run out steam, and they let their web pages just stay there, for years and years, with that exciting gig from 3 years ago still up there on the front page. And it’s up to you to work out whether this gig really is upcoming, or some ancient relic of history, by consulting a calendar to see if the date matches up with the day of the week. But then some of these web pages don’t even mention a day of the week! It’s just ‘Gig on June 18 at The Flying Monkey’, a date a suspiciously long way off. So you have to look up The Flying Monkey’s webpage to see if that gig is on this year. But The Flying Monkey’s webpage does the same thing! No years, and sometimes no day of the week. So then you have to do some more detective work. Not hard detective work, sure, but a time-waster when it happens over and over. So thank you, defunct band that couldn’t be bothered to update their web page when the bass player went to Dubai and they never found anyone else.

So if you’re a current band who really do have an exciting gig coming up at The Flying Monkey in June of this year, please put “2013” in the date (and the day of the week, to save me having to look that up as well). Because if you don’t, I might just decide that you’re probably no more, and that this gig is a ‘map of the past’. (And if your main page is a MySpace page, then I’m unlikly to even visit, because I know there’s a 90% probability that I will find on it the words “Last Login: 23/8/2009”.)

So what was on the It Bites sticker? A list of tour dates with no year and no days of the week listed! I’m going to presume that these are 2012 dates, because that’s when the album was released. But what a shame if they were 2013 dates, and nobody realized?

Coralspin mastering engineer Ray Staff has been short-listed for The Music Producers Guild Mastering Engineer of the Year Award. We expect that this is almost entirely due to his great work mastering Honey and Lava. Possibly some of the other albums he did may have helped, but not much, I would have thought.

I’m probably going to get into trouble for this, but what the hell, it’s time the truth was told and a few inflated reputations exploded, and it’ll be out in the media soon enough anyway.

Ever wondered how your favourite guitar hero manages to sound so masterful on record despite looking like they’d have trouble understanding the point of a fence-post? To move closer to home — I’ll name no other names as I don’t want to black-balled by the entire industry — how is it that Coralspin’s Jake Simmons manages to solo like a God while in reality being the sort of man who would rather spend his day vandalizing train tracks than practise his instrument? The answer lies in the modern studio’s ‘little helper’ applications, the main culprit in this case being the Phoenix Pro — here’s a clip of it in action: 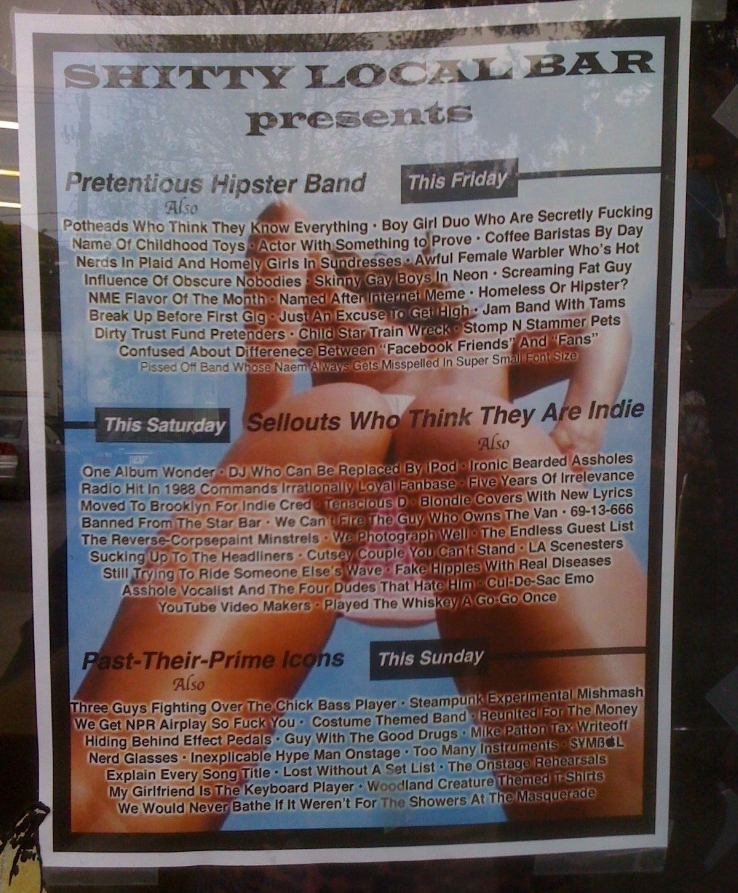