We’ll be on second, around 9pm. (These start times are not set in stone, it depends on how smoothly the set-up goes and whether technical problems arise, but it should be around then, certainly not any earlier).

There’s 5 bands now, including one of the hottest rock bands in the country, and the most notorious live act in town, so it’ll be a great night for a ludicrously small amount of money (£4 on the door). Doors open: 8pm. Date: Friday May 3, 2013. Venue: The Maze, 257 Mansfield Road, Nottingham, NG1 3FT.

Here’s a taste of Fat Goth with their video for ‘Creepy Lounge’ – this is the dog’s bollock’s:

We’ll be playing at The Maze in Nottingham on Friday May 3, 2013. Also on the bill are hot Scottish rock band Fat Goth, who are great, and Dick Venom and the Terrortones, well-known locally for their high-energy shows. We’ll probably be on early, with a bit more of a rock-orientated set this time.

Great gig at The Diamond last night. It was the first gig with the new rhythm section and it went spendidly, with Mick and Ed acquitting themselves magnificently, and the audience cheers were nice to hear. It all went smoothly, except that I got over-enthusiastic during ‘Sons of the Sleeping Giant’ and knocked one of my cables out — took me a while to work out what was wrong! [Update: I forgot another problem that occurred in ‘Aching’, when an ‘Octave down’ button got knocked by my DI box by mistake and I ended up playing a part an octave or two lower than it should have been!]

It was rather a treat for us as afterwards we got to listen to some prog classics played superbly by The Prog Doctors, who I can highly recommend, they’re experienced performers who know what they’re doing on stage, they know their way around the complex material but they also know how to rock. They were also a great bunch of guys. My favourite bits, well, it was all good, but my very favourite bits were the chorus on ‘Court of the Crimson King’, where the lush four-part harmony and Mellotron brought the hairs up on your neck, ‘Spectral Mornings’, because there’s a great song I love that I’ve never heard played live before, and ‘Alaska’ by UK was an inspired choice of opener which really made full use of the keyboards. [Update: And how could I forgot Pod hitting the high notes on the ‘Hocus Pocus’ yodel?]

Speaking of the keyboards, it was a particular treat for me because Paul the Prog Doctors keyboard player had an authentic rig and a half, including a Mini Moog, a double-manual organ he had (being a technical whizz) built himself, a Nord, a string synth, and a Memotron (a digital recreation of a Mellotron, which sounded great). Possibly another one as well. Plus one of their guitar players had his own keyboard. And then we added our three in, to make about 9 (or was it 10?) keyboards on stage! Pictures below. Paul was the real deal as well, handling parts by Wakeman, Jobson, Banks et al with aplomb, and also displaying proper organ skills. He tells me he also plays in a prog originals band called The Garden Wall — they don’t have a web presence yet as they’re keeping a low profile for the time being, but there’s one to watch out for. 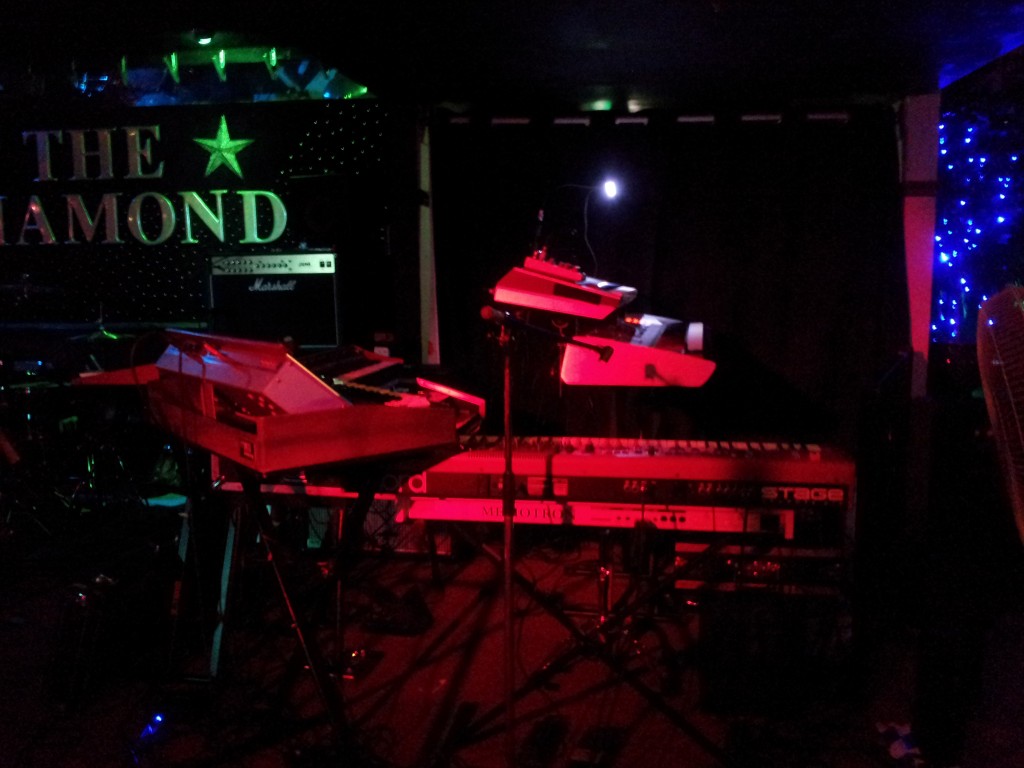 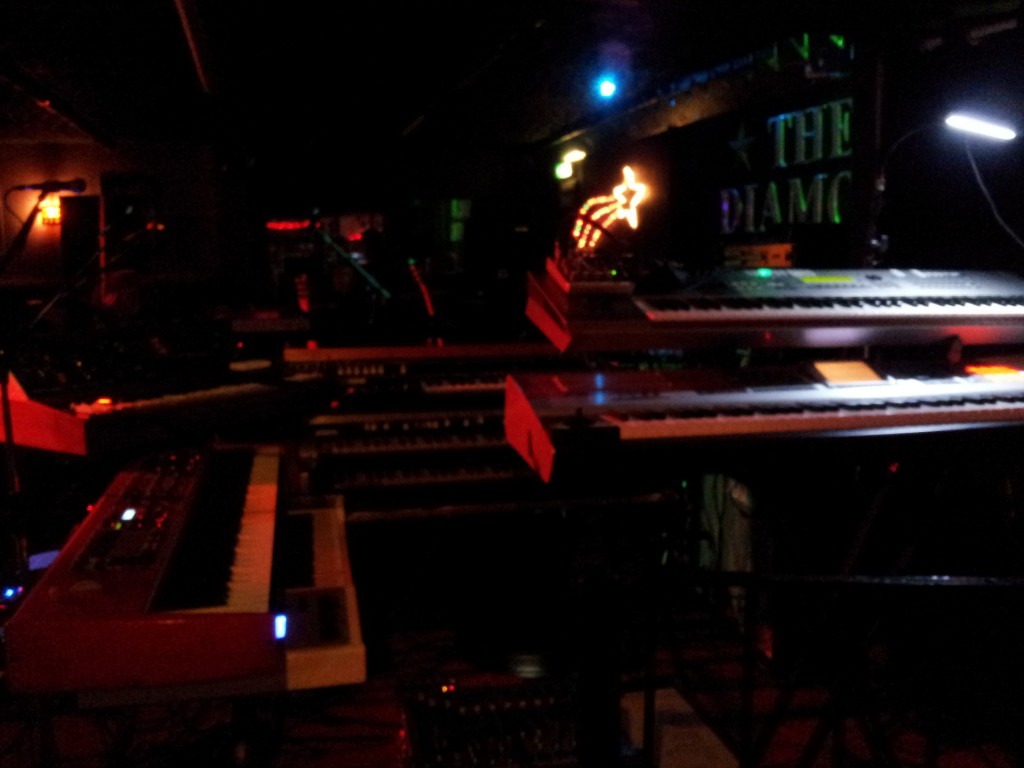 Got to be the best ever acid jazz cover of a proto-punk/metal anthem originally recorded by burned-out crazed geaser hippies (or is that being a little too specific?)

[If this video shouldn’t be on YouTube then let us know and we’ll remove the link.]

Love this track. Gutted that Delta Sleep are coming to Nottingham this Friday and I won’t be able to see them.

Just a reminder that we have a gig coming up supporting The Prog Doctors on Sunday April 14, 2013. It’s at The Diamond in Sutton-in-Ashfield, which is north of Nottingham, just before Mansfield, not far from J28 off the M1. It’s our first gig with our stunning new rhythm section.

So if you’re from around those parts, and want a rare chance to hear some live prog, both old and new (with the Prog Docs covering the former), then get yourself there. The Diamond is said to have a good sound system too.

Don’t know what the ticket prices will be, but I expect they’ll be small (looks like you just buy them on the door).